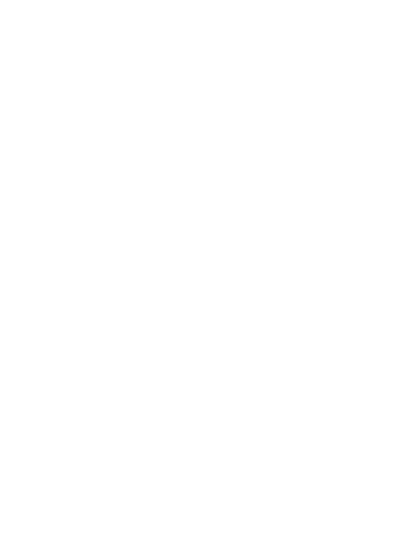 Hi everyone, I’m Hyungwoo Shin, also known as Mija, the 2019 Korean National Champion.After graduating from high school in 2018, I started participating in tournaments. I always ended up failing to top cut except for one time. I didn’t have much past success, winning this season was very meaningful to me. (Note: In Korea, all official events hosted by Nintendo Korea are called “seasons”. Nationals were the final season or season 4).After season 3, I practiced day and night thinking that this was my last chance. I built teams and tested them on Battle Spot and Showdown. This time, all the practice sessions paid back by helping me win the season.Without further ado, here’s the report! Before introducing the team, I’ll talk a bit about the teambuilding process and common match-ups.

After season 3, I practiced intensively and listed the teams that I felt good with.

As Nationals came close, I felt that I could not use RayOgre. This was because most Koreans I met in practice sessions were using it after season 3, and this would mean that Finals would have a lot of RayOgres once again. I wasn’t confident with mirror match and thought some would bring teams meant to beat RayOgre.

So other than RayOgre, what I felt best practicing with was the Solgaleo + Kyogre team that I used in the IC. 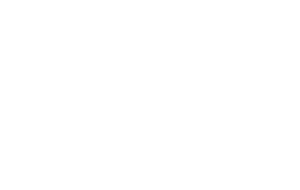 This team reached 1900s at the International Challenge, proving to be strong. However, it was overall weak to Tapu Koko and also not so good against Kyogre. From what we saw in seasons 1 to 3, Koreans were mostly fond of Kyogre rather than Groudon, so this team did not seem to be a good call for the Korean meta.

The next team I had a look at YvelDon. I personally like Yveltal. Other than Xerneas, Yveltal is very strong against most restricted Pokémon, so I thought it had tremendous potential. I built around Mega Gengar and Tapu Koko to go positive against RayOgre, but the team lacked speed control and felt weak to RayOgre with Tailwind. Switching and mind games could indeed work this out, but this still was a very hard match-up. Furthermore, the team in general was a little weak against Incineroar. So just before the tour, I decided against using it.

The day prior to the event, I wasn’t yet done with my team and concluded that I should use the very team I decided not to in the first place – RayOgre. Upon practicing, the team felt strong, and RayOgre is strong after all. At first, I came up with RayOgre with Tailwind (using Whimsicott) as a strong and easy to use core. With these three on the team, I then added Tapu Koko for the mirror match, and Incineroar to go against Trick Room teams. The team looked similar to Michael Lanzano’s Madison Regionals runner-up team. I noticed people usually use Stakataka to stop Xerneas, but I personally think that it isn’t that good. This is because Xerneas usually has Groudon or Earth Power Rayquaza, which knocks out Stakataka.

So I looked for some other things, and thought Mega Gengar could be good for trapping and setting Tailwind up, then allowing Kyogre to sweep through. This actually worked out well, and in the process, I found out Roar on Incineroar for opposing Perish Trap and Geomancy was good, too. So the day before the tour, with a bit more thought into item choices and optimization, my team was ready.

▶️ Get the importable version of the team here!

The best Tailwind user. Moonblast and Fairium Z help as a damage source, and Taunt was to stop opposing Trick Room or Tailwind.

Fairium Z was essentially used against Mega Rayquaza that was very burdensome, and was (surprisingly) efficient in practice sessions. Other common targets include Ultra Necrozma, Mega Salamence, and Tapu Koko, which all threaten the RayOgre core. Opposed to with Fairium Z Tapu Koko, opposing Mega Rayquaza and Ultra Necrozma don’t feel so threatened in front of Whimsicott. In the event, it helped a lot, and I used it almost every game.

The HP stat was for Substitute efficiency, and the rest was put in Special Defense.

This is what I use against XernDon and X-Rays. To my surprise, I never got to face any of those, so I did not have many chances to use Gengar. It aims to stay in the field for long, trapping opponents to beat them up with its partner. Sludge Bomb is for damage, Substitute for survival, and Disable is for choice item users and some others. For instance, if I use Double Protect to stop opposing Incineroar’s U-turn and Disable it, I can use Kyogre then, to trap and knock them out.

My first restricted Pokémon. I gave 8 extra speed EVs than what Koreans like to use – Wolfe’s 2016 Kyogre.

Origin Pulse does have the chance to miss, but it was worth it. During the tour it thankfully did not miss on crucial moments. It was very strong and Water Spout on Tailwind was just beyond expectations. Kyogre was used every match, too.

I gave it full investment with Adamant Nature for damage output and felt good using it. I did not really have that many speed ties, either. Choice Band Dragon Ascent knocks out almost everything, and alongside Kyogre that has spread damage, these two swept through. Crunch is for Lunala, and Earthquake for Togedemaru which the team had hard time against. Rayquaza was used in every game as well.

The HP stat was 10n-1 to minimize Life Orb damage. Defense investment allows it to live Extreme Speed from +2 Mega Rayquaza, and Max Speed was a necessary. The rest was put in Special Attack.

Tapu Koko is good to lead in the RayOgre mirror match, and other match ups in general, too.

I usually lead it with Whimsicott, and as Whimsicott already had Fairium Z, I gave Koko a Life Orb to knock out Kyogre without Z move with Thunder. It was very good and thanks to this, I was able to get rid of most Kyogre at once. During swiss rounds, I faced more Kyogre than Groudon, so I used Koko three times. After I climbed to the top cut, every match was against Kyogre, so I brought Koko to every time there.

HP stat is a multiple of 4 to activate the berry after two Super Fangs. The Special Defense investment allows me to take a Moonblast from +2 Xerneas. Speed allows me to underspeed minimum speed Groudon and Kyogre.

This is the best Pokémon in the metagame: it has Intimidate and enables the team to maneuver around and sweep opposing teams via U-turn. Roar prevents Trick Room, and everything that was mentioned before.

During swiss rounds, I used it quite a bit, but during top cut, Kyogre and Tapu Koko were better calls, so I did not bring it that often.

XernDon has such wide variation, so it’s better to lead based on what you meet.

If against Togedemaru, using Incineroar instead of Tapu Koko, or leading Rayquaza to knock it out with Earthquake to a surprise would be a good choice.

Facing a friend in top 16 is never good. Their team was standard RayOgre and the deal was to get rid of Togedemaru.

I tried to catch Togedemaru with Moonblast + Earthquake, but he switched out to Rayquaza, who still took big damage from Moonblast. After that, he read my play and got Swords Dance up, but my Rayquaza took +2 Extreme Speed with a sliver of health and knocked it out with Moonblast. As the game went on, my paralyzed Kyogre got hit by Zing Zap and still moved, so Origin Pulse knocked out both Togedemaru and Incineroar. He had only Kyogre left whereas my Tapu Koko and Rayquaza was alive, so he forfeited.

I read his switch from Incineroar to Rayquaza and went for Fairium Z, which worked. Then I got full paralyzed, which prevented me to use Water Spout and then KOing Togedemaru. Still, Kyogre attacked fine in following turns to get Togedemaru and Incineroar, leaving my opponent with only Kyogre left, so I won the set.

I faced Nayeon, who won season 3. His team was RayOgre with Whimsicott, which was somewhat similar to mine. It was a mirror match, so I thought that having a good lead was important.

We both went for Tailwind and it was close until my Kyogre switched in and got crit by Dragon Ascent, fainting to Extreme Speed the next turn. Rayquaza was caught by Extreme Speed too, and I lost. Had I not been critted, I would have had a Tailwind turn benefit on my side, so this was sad.

This time I won the speed tie and taunted his Whimsicott, preventing Tailwind. His Kyogre did not Protect, but survived Thunder due to a low roll, knocking out my Koko with Origin Pulse.I still set Tailwind up the next turn, knocking out every Pokémon. I found out that his Rayquaza was Assault Vest in game 1, and double targeted it. This was important information.

I led the same way both sets, so I thought this time he would lead his <span class="TextRun